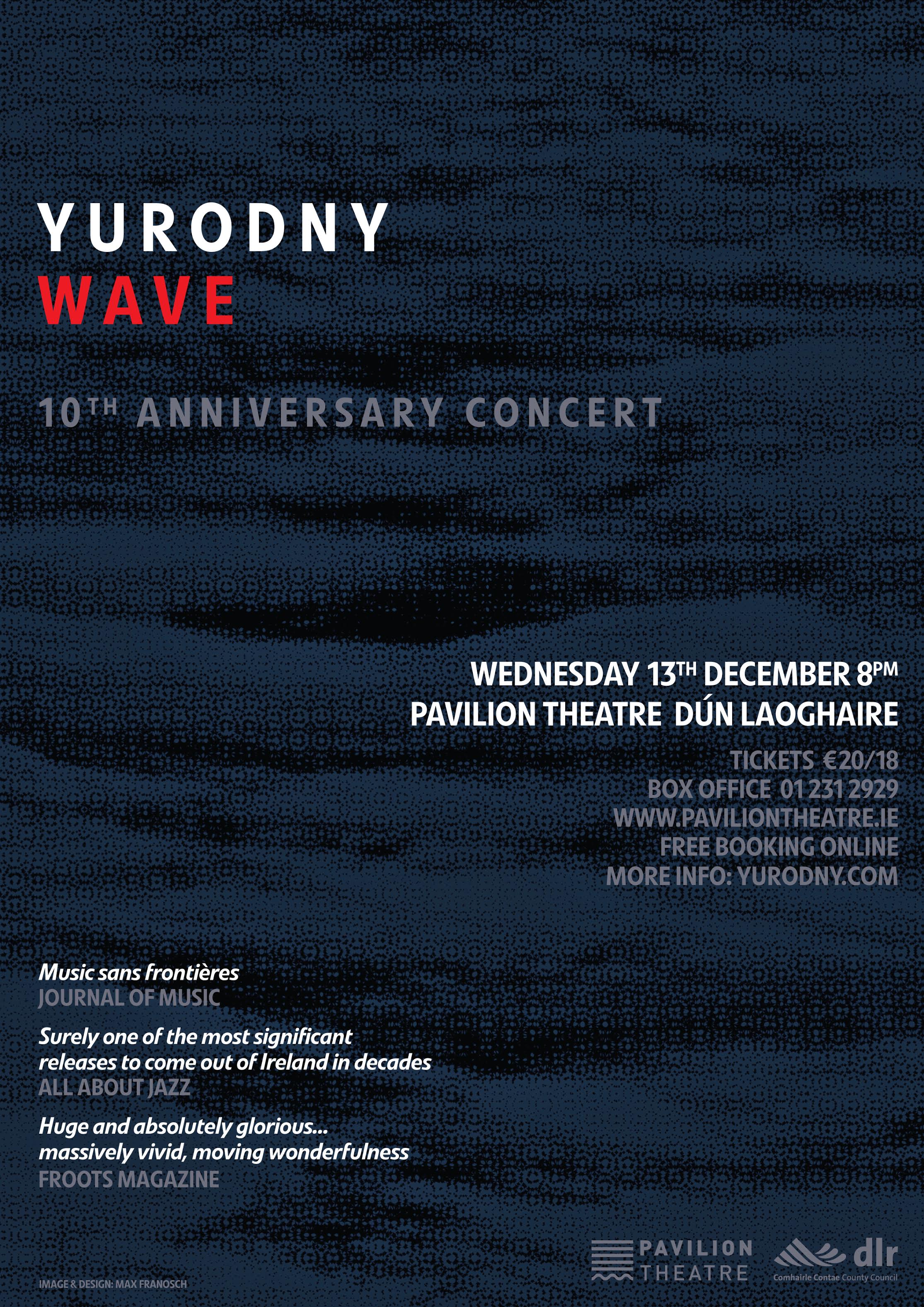 Wave was composed by Nick Roth in celebration of the Yurodny Ensemble10th anniversary. The work explored the significance of the harbour in the making of journeys and asked wider questions about the movements of peoples around the world.

The inspiration for the suite drew on the power behind the emotive impact of the 2012 Na hEireannaigh Dhearmadta plaque on the East Pier in Dún Laoghaire, which reads:

‘In commemoration of that generation of post-World War II emigrants who left their homes, counties and country from The Carlisle Pier, never to return. Often called "The Forgotten Irish", this plaque recalls their contribution and their loss.’

Wave is not only a movement of water, but becomes a movement of the hand in parting gesture, and often, historically, in final farewell.