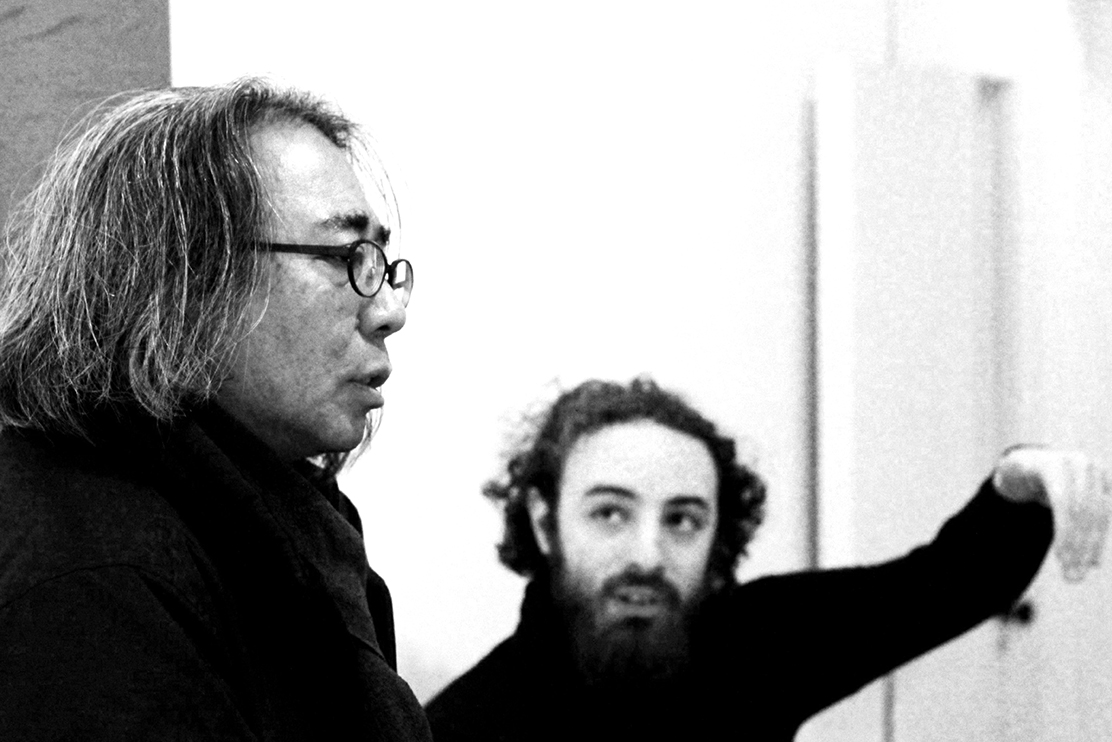 Mamoru Fujieda's ‘Hi-Miwari’ is a collaboration between one of Japan's foremost living experimental composers and the Yurodny Ensemble.

A re-interpretation of a text from Lafcadio Hearn's seminal 'Kwaidan', the work forms a part of Fujieda’s Patterns of Plants series, which uses data generated by the electrostatic impulses in plant leaves as the source of its musical material.

Patrick Lafcadio Hearn (1850-1904) was also known in Japan as Koizumi Yakumo. His major work 'Kwaidan' fused elements of both Irish, Japanese and Chinese mythology and was regarded in Japan as the mirror of the 'Other' in which the character of the Japanese people could recognise itself. The chapter that Fujieda chose to use for this piece, 'Hi-Miwari', translates into English as 'The Sunflower' and is a remembrance of Hearn's childhood in Ireland and an encounter with a wandering musician. It closes with a quote from Thomas Moore's famous poem:

"As the sunflower turns on her god, when he sets,
The same look which she turned when he rose!"

Born in 1955, Mamoru Fujieda received his Ph.D. in music from the University of California, San Diego in 1988, studying composition under Joji Yuasa and Morton Feldman. Influenced by Harry Partch and Lou Harrison, he has been working on possibilities of alternative tuning systems based on just intonation, and derives much inspiration from material derived from plant sources, through his ongoing collaboration with botanist and electronic scientist Yuji Dogane and their joint development of highly-sensitive electrostatic equipment for measuring plant impulses and MaxMSP software designed to translate this data into sonic form. He has recorded several albums for John Zorn’s radical new music label, Tzadik.

Hi-Miwari was the recipient of the Arts Council Commissions Award 2011.