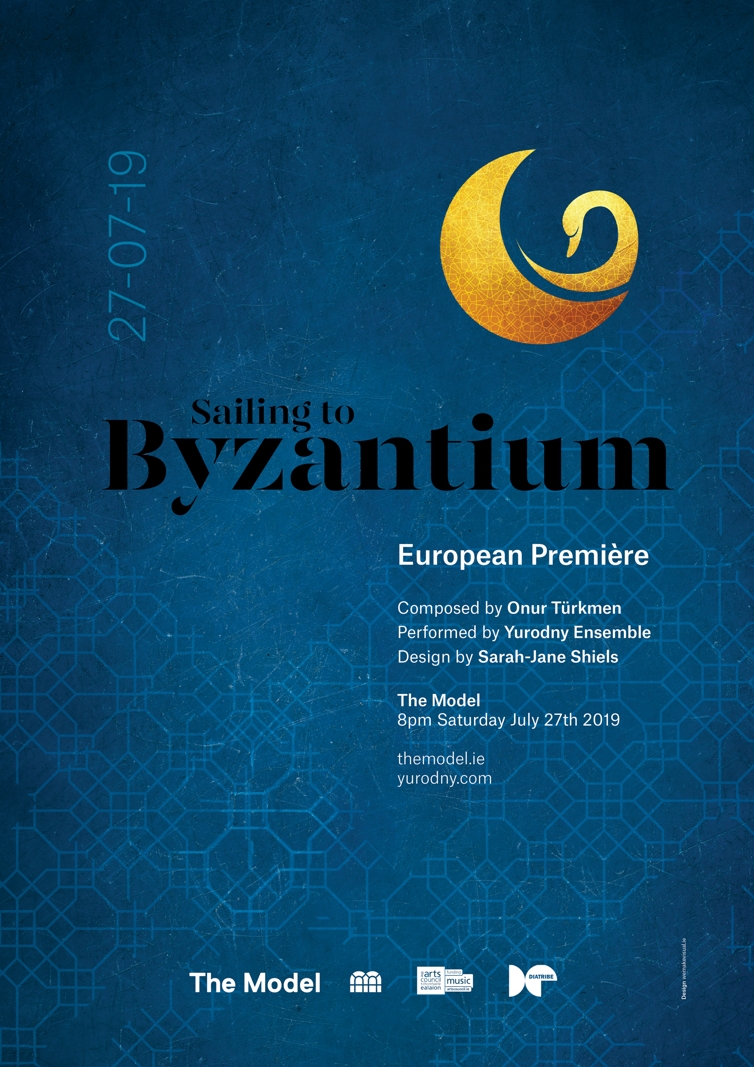 Sailing to Byzantium is a major staged work by Turkish composer Onur Türkmen for the Yurodny Ensemble.

Born in different places during the same period of upheaval, both poets lived to witness their nation fight for independence and shared similar philosophical and aesthetic concerns, in particular a peculiarly distant attitude towards modernism that derived from an astute sense of the retelling of history through myth and thus placing the writer in a peripheral position.

This adopted remoteness from the modernism of their age led both poets to two central poetic tenets: firstly an embracing of the traditional arts of metric poetry and the retention of sonorous verbal metre evoking ancient rituals, songs and other cultural imagery, and secondly a concept best formulated by the musicologist Charles Rosen as “past within present”, in which he explains the 19th Century Lied concepts and their relationships with contemporary philosophical trends, for example Schubert's Winterreise and its drawing from the philosophy of Goethe. For Yeats this took a political perspective, in particular relation to Ireland's independence, for Hasim this was more about emphasizing the common ground between Islamic poetry traditions and symbolism.

The main objective of composer Onur Türkmen is to embed poetry in music in order to pursue a course that is not circumscribed by material based structuralisms or conceptualisations; but rather which communicates the shared memories of human heritage through emotional and perceptive profundity. It is his belief that such an approach can contribute to the understanding that the perceived dichotomies of East and West is only a political entity, whereas culture and humanity itself cannot be so easily categorized. Within a single moment encompassing both past and present the poet's soul inevitably penetrates into a Proustian ‘mémoire involontaire' where the symbol and the symbolized are merged towards a transcendental unity that seeks for the unseen beyond the apparent and reaches out to the unknown through the apprehended. In the inability to define the language of symbolism all dichotomies like objectivity/subjectivity, past/present, east/west fade away into a common dream shared by all.

Sailing to Byzantium received its World Premiere on April 25th 2016 at the Ankara International Music Festival, supported by Culture Ireland, and its European Premiere on July 27th 2019 at The Model: Home of the Niland Collection as part of the 60th Yeats International Summer School and the Tread Softly Festival.